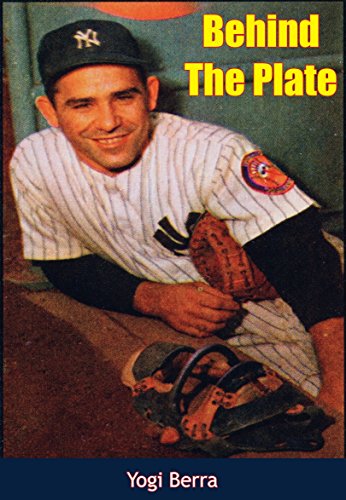 Life had not been kind to young Tommy Riggs—and even though he had all the natural playing ability to become a Major Leaguer, his anger at the world kept him from becoming the great player he could be.

How Tommy Riggs learned not only to be a star catcher, but also to live with himself and his teammates, makes a suspenseful story filled with the true-to-life color of baseball from the Minor Leagues through the bitter competition of spring training camp to top flight baseball as it is played in the Major Leagues. It is a story every sports fan will enjoy.

LAWRENCE “YOGI” BERRA was probably the one man best able to tell sports fans how to play BEHIND THE PLATE and how it feels to be a catcher. His unequaled career with the New York Yankees won him a place as one of the all-time greats. In the words of Casey Stengel, “Outside of DiMaggio, the man behind the plate, Berra, is the greatest player that I ever had to manage.”

TIL FERDENZI had a completely rounded sports background that made him the perfect collaborator for “Yogi” on this book. A six-letter varsity baseball and football athlete at Boston College—a former high school coach of baseball and football—and for sportswriter for the New York Journal-American, he helped bring baseball alive for sports fans in BEHIND THE PLATE.